Seahorses of the Gulf of Mexico 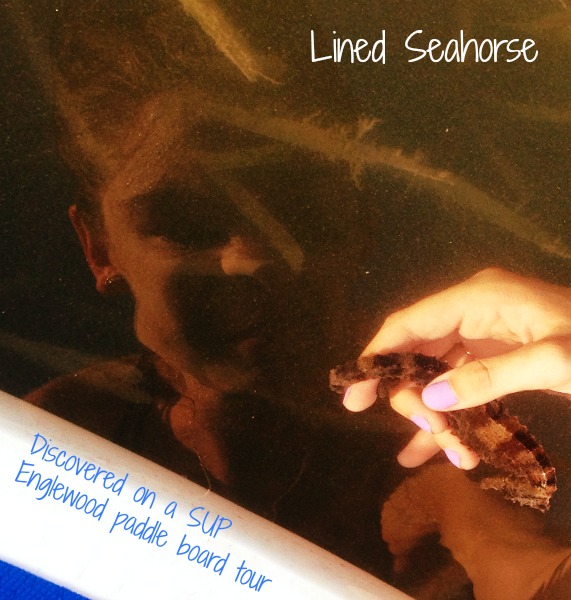 Paddle boarding is an awesome way to discover nature!

Have you ever found a seahorse?

Seahorses are beautiful little creatures and can be found in the Gulf of Mexico. It can be quite difficult to see them because of the camouflage they use to hide themselves from predators. Although, fortunately for them, they don’t have too many predators. Seahorse’s bodies are made up from a very thin layer of skin, covering bony plates, that puts them pretty low down in the food chain.

How Many Varieties are in the Gulf of Mexico?

Seahorses are the only creature where the male rather than the female, gets pregnant all year round.  The female transfers her eggs into the male, who incubates them and gives birth to them. After the seahorses are born they are not nurtured by the parents. But they are on their own from the beginning of life.

Seahorses are in fact a breed of fish but they don’t actually swim like fish do, they attach themselves to seagrass beds using their tails as a hook and they merely float. As seahorses have no teeth, they feed by sucking in tiny fish that pass by, through their noses.  Seahorses have to eat constantly as they don’t have a stomach, so any food they do eat passes right through their little bodies.

The rapid decline of sea grass beds in the Southwest Florida, is a huge concern and threat to the dwarf seahorse population. Coupled with this, seahorses are also in high demand as pets but more worryingly as food and medicine for some Southeast Asian countries. This only adds to the threat of extinction from the Gulf Coast waters.

Several other factors threaten the seahorse including noise pollution, hurricanes, tropical storms and by catch from fishing boat, even if they are thrown back into the water it is unlikely that they will survive. The low frequency noise from passing motor boats can also harm the reproduction rates of seahorses.

The good news is that the government is now considering whether the dwarf seahorses should have federal protection. That would make the trading of them a criminal offense.

How to spot a Dwarf Seahorse?

Because of the rapid decline in population it is not common to spot them.  The best way to find them is to wade in an area of seagrass with a net. Take a few swoops with the net. Then place the net in a bucket of water to transfer any seahorses from the net to the bucket.  If you do find a Dwarf Seahorse, try not to relocate them.  They can only swim within a square foot of seagrass.  These little guys mate for life.  Ensuring that you’re keeping them in the same area helps the population stay alive.